The 1963 March on Washington attracted an estimated 250,000 people for a peaceful demonstration to promote Civil Rights and economic equality for African Americans. The Rev. Martin Luther King Jr.'s "I Have a Dream" speech highlighted the event. 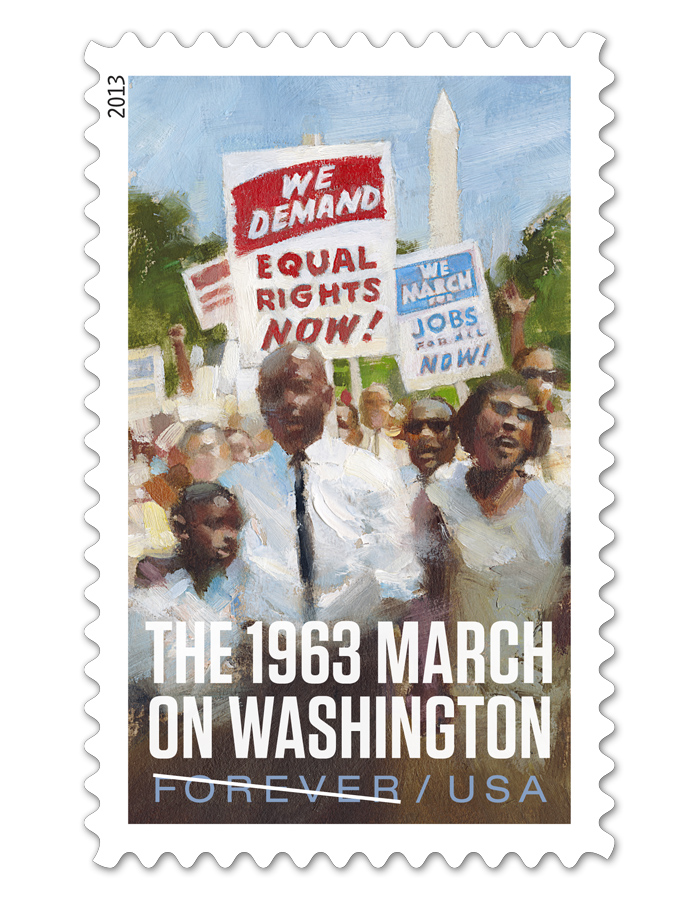 At the First-Day-of-Issuance ceremony at the Newseum in Washington, DC, Rep. John Lewis (D-GA), the last surviving speaker at the March, joined The Leadership Conference on Civil and Human Rights and The Leadership Conference Education Fund President and CEO Wade Henderson; U.S. District Judge Alexander Williams, Jr.; Deputy Postmaster General Ronald A. Stroman and Gabrielle Union to officially dedicate the stamp and underscore the importance of this historic event.

“It is so appropriate and so fitting for the United States Postal Service to issue this Forever stamp on the eve of the 50th anniversary of the March on Washington,” said Lewis. “The march was one of the turning points in the on-going struggle for civil rights and social justice in America. In the years to come, when individuals use this stamp, they will be reminded of the distance we have come and the progress we have made as a nation. And they will be reminded of the civic duty of every American to stand up for what is right in our democracy.”

Video of the unveiling of the stamp on August 23, 2013 at the Newseum.

The 1963 March on Washington

The stamp art shows marchers against the background of the Washington Monument, with placards calling for equal rights and jobs for all. Using broad strokes and painting in oil on gessoed illustration board, the artist conveys an impressionistic effect of the historic occasion.