Rosa Parks’ refusal to yield her seat created a clear and defining moment toward the pursuit of racial equality in the United States, and nearly 60 years later that act of civil disobedience carries a universal legacy. Reimagining Rosa Parks, examines and reimagines Rosa Parks' identity and Civil Rights legacy as applied to contemporary Civil Rights issues.

The exhibition was inspired, in part, by the Book Bridge Project and its selection of Jeanne Theoharis’ The Rebellious Life of Mrs. Rosa Parks, which describes a different Rosa Parks—one who was keenly aware of how to engage in civil disobedience to provoke change. 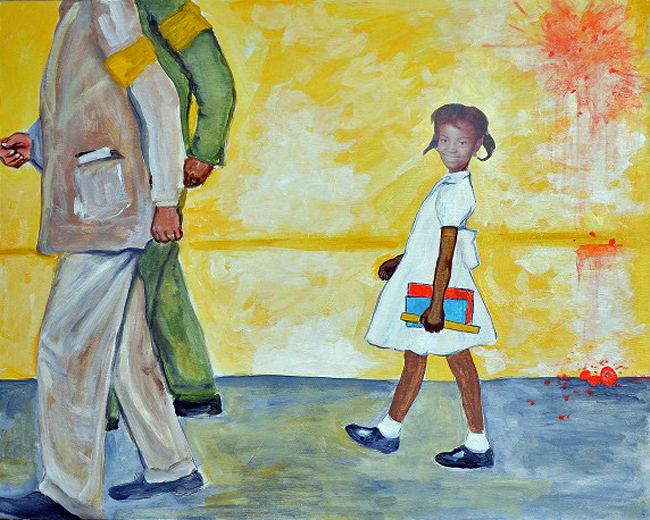 This exhibition is not being displayed at this time. Contact us if you'd like to receive more information about future shows.